Overwhelm can make you sick and crazy.  Maybe.

For the last five weeks, or so, I have been ’sick’ (which, for me, is a very rare occurrence). Supposedly, I ‘had’ the dreaded you-know-what. Seems that having two little grandchildren under five – both of whom are in the presence of many others through daycare and school; and a son in law-enforcement who is in constant contact with many and varied ‘others’ is the equivalent of being exposed to all manner of invisible potential invaders of my immune system. And so, the dreaded ‘it’ happened.

The first four days or so confined me to my bed. The pain in my bones – particularly, in my head – were like nothing I had ever experienced.  From there, lingering coughing and fatigue for weeks.

It takes a lot to stop me and it would appear, the right forces were in play at the right time.

The result of it all? Silence. Stillness. And a world reduced to the confines of my home. My ever-supportive family attended to any and all things that necessitated venturing into the greater world. Regular services were provided to ensure that I remained comfortable and in good stead with the essential habits that sustain quality of life. I am blessed…..

End result? I’m old… I’m fat…. unjabbed…. and I’m not dead. So, the dreaded you-know-what can’t really be all that bad.

I was uncomfortable of body but far more than that, I was immensely confused of mind! I could not figure out what was happening to me and, worse, what meaning it carried in my ‘reality’. I most definitely noticed the impressively imposed silence.(It takes a lot to shut me up or down.) It did not escape my notice that ‘voice’ (both in terms of speech and written word) disappeared. In some measure! When I attempted to speak, I would launch into coughing spasms that were exhausting and propelled me into one of my many naps throughout the day. I finally stopped trying after about a week…. and ‘disappeared’ into my own inner world. (More than usual, I became grateful for text and email to engage what was required. No coughing involved, there.)

After not-that-long, I stopped caring. I had neither desire nor resilience to communicate – in any way at any level – beyond the essentials of living. I began to notice that inside… where I live… there were periodic avalanches of cross-cutting, interconnecting, overlapping ‘data dumps’’. I knew and understood what they were… and I was incapable of sorting through any of it to make sense to anyone else. It was impossible for me to attempt to slow down and compress the ‘data dump’ to attempt to share with anyone else what was happening in ‘my’ world. These were not waves… they were constant tsunamis of information that demanded nothing more of me than to simply open… soften… relax… and invite it all to overwhelm my nervous system. Weeks of this…..

I woke up this morning and both realized and recognized something: it had stopped. For the first time in weeks, I felt like I was fully present of body, mind and Spirit. My eyes were open and I was seeing ’space/time’, again, in the tiny increments that is the ’norm’ for most of us. Things. Moments. The tv distinct and disconnected from the chair I occupy or the keyboard that allows me to invite you into my ‘reality’. Until this morning, my ‘reality’ was more like the movie The Matrix… the green background with the rapidly moving data along its surface. Nothing distinct. Nothing separate. Just a constant and continuous flow of intelligence…. any one piece of it indistinguishable from any other.  All to0 much… moving to0 fast…

And in this moment, I wonder: why am I surprised by any of it?

How does one make sense of a ‘reality’ that feels/seems to be collapsing on all fronts, around the planet? These are not ’normal’ times. The changes we are living are in no way recognizable relative to what/how we have been conditioned to perceive change and know… to witness and engage both in terms of volume and speed… the changes that we are ALL in the process of seeking to ‘understand’. In our standard ‘reality’, we are usually faced with one or two changes – the kind that we can use our intellect and reason and analysis to track and make sense of up. Such is no longer our ‘reality’.

Too much! Too vast and comprehensive! All moving too fast!

Seeking to use the ’normal’ tools upon which we have relied for generations will no longer cut it.

Enter Elon Musk with a device to implant in the brain/nervous system that allows us to ‘merge’ with technology.. with our ‘smart’ phones and the Cloud… that we might eliminate the need for what has now become the slow, tedious ‘voice’ of transfer of information/intelligence. In the not-too-distant future (maybe, according to Elon, less than five years), this neurological implant will make it possible for us to communicate to each other ‘telepathically’… or in a techno-enhanced (my words – not his) way. ‘Voice’ will cease to require our lips to move or fingers to glide across the keyboard or hold a pen. We will simply impress upon another what we seek to convey.

These changes that are (quite literally) being ‘impressed’ (as imprinted) upon all humanity, at the same time and across the globe, cannot and will not be attended to through the mechanisms of reason, logic and analysis. I believe that we each (and all) have within us the capacity and ability to allow the emergence from within of that which can and will allow for a ‘reality’ of our choosing to come into being. We are not at the mercy of the incredible pressure to seek to ‘save’ ourselves by capitulating to an external ‘reality’ that presses… and presses… and presses itself upon us.

It is all a choice. Not a choice at low levels of thinking (i.e strategy, behaviour and environment) but at a level that goes above and beyond our cultural conditioning to simply allow the stream of culture to carry us along to a destination that is not of our own choosing. It need not be so.

In this moment – and after these many weeks of  ‘voicelessness’, I am most grateful for the evolution that has been sourced from the last 30 years of my Life. Grateful for the absence of fear. Grateful for the deep, abiding and unrelenting trust in the power of my own body to act on my behalf. Grateful to trust – without exception – that it is all genius; that it is all unfolding as it should. Grateful for both my willingness and proven ability to invite, allow and surrender to a higher-order expression of my Being that is seeking to make way for a greater quality of expression of my own potential. In this moment, I know that the last 30 years of my Life have been in preparation for this place, this time, in my existence. And clearly, I am ready.

There is much more to come. For now, I share this short video that we might all begin to ponder a different version of ‘reality’. 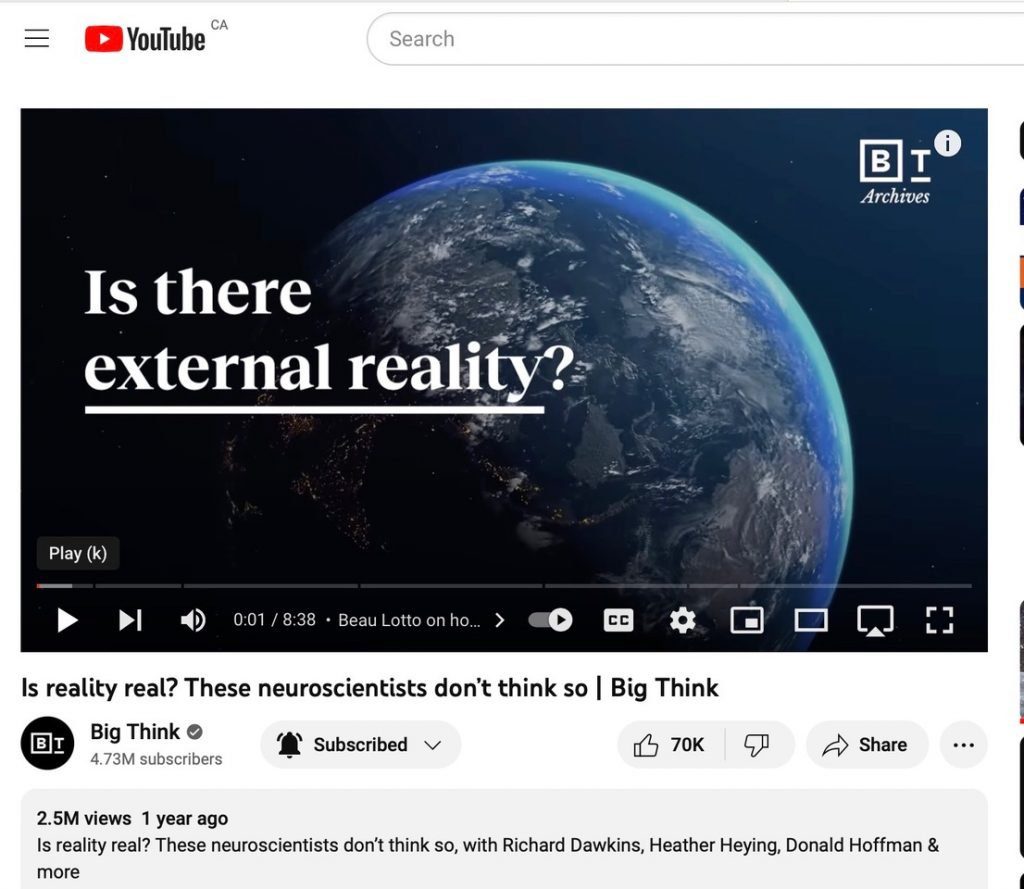 We are indeed, Masters of our own ‘reality’… as much as we are perpetual Students of its ever-expanding layers of potential.  In my ‘reality’, the answer is always YES… and when I am willing to trust that, magic flows.

Look around you. Notice all that you are seeking to avoid… seeking to deny… seeking to distract yourself from given the state of overwhelm that waits just around the corner from your letting down your guard. Denial not just of the ‘impressions’ seeking to imprint their ‘reality’ but of the deep, scary and controlling state of overwhelm that comes with it. Chaos! Perhaps now is as good a time as any to take a different approach… and trust the overwhelm. Allow it to take you to a higher-order platform that you might see a much more vast and meaningful perspective, from which to create your ‘reality’. 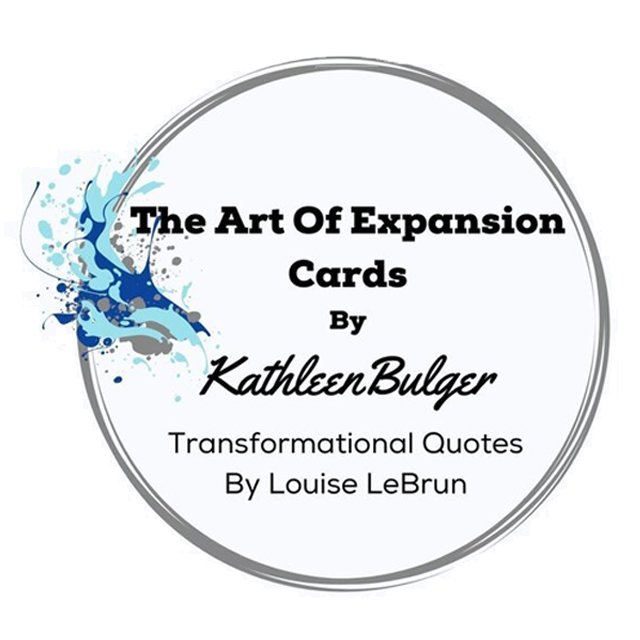